Wireless Options Build on Success of the SR314

Earthworks Audio has taken another bold step into the live sound reinforcement market with the release of the SR3314 and the SR5314 wireless vocal microphone capsules. These wireless capsules bring studio clarity to the stage. 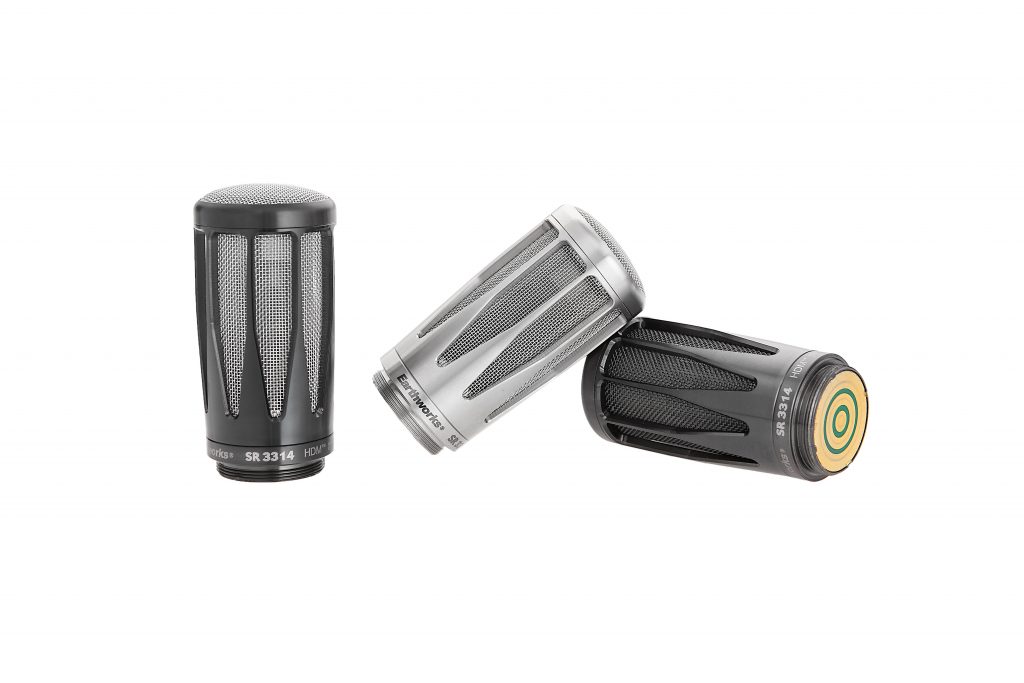 “Engineers and artists want the clarity of a studio condenser on stage but it’s historically been too risky,” says Gareth Krausser, COO for Earthworks. “Our new vocal capsules change that. These microphones behave like a dynamic but they have that enveloping immersive sound that connects the audience to the artist.”

The sound is achieved by coupling the studio-quality small diaphragm cardioid condenser capsule with a Class A amplifier circuit that leverages Earthworks patented and proprietary technologies. This combination makes this the most responsive and fastest microphone capsule on the market.

The extended flat frequency response and a focus on clean impulse response also sets these capsules apart. But it’s their tight cardioid polar pattern, their consistent low frequency response across a wide range of distances, and their extreme attenuation of sound sources located beyond 90 degrees —with maximum rejection at 180 degrees — that makes them ideal for live performances.

“Our vocal microphones deliver the same quality of sound even when the singer moves off-center,” says Krausser. “There’s no proximity effect. They eliminate feedback and their off-axis rejection is outstanding.”

The SR3314 is designed to work with any handheld wireless transmitter that utilizes a standard 3-ring concentric connector. This includes wireless microphone models made by Shure, Lectrosonics, Sony, Line 6, Audio-Technica and others with a compatible 3-ring connector.

Both capsules have a MAP of $699 and will be available through all traditional pro audio and MI channels starting in February.